Create an Account - Increase your productivity, customize your experience, and engage in information you care about.

With COVID-19 numbers increasing sharply within the state of South Carolina and York County, in-facility inmate visitation has been temporarily suspended at the York County Prison.

The York County Prison is a 256-bed minimum security, male and female facility. It is equipped with modern security features, such as security cameras and touch screen monitors that open and shut all doors. The Prison population consists of minimum-security inmates who have already been sentenced for a particular crime. The inmates are also used as an additional labor force for York County Government

Where can I go to see if an individual is incarcerated at your facility?

What are the visiting hours at the York County Prison?

With COVID-19 numbers increasing sharply within the state of South Carolina and York County, in-facility inmate visitation has been temporarily suspended at the York County Detention Center and York County Prison.

To prevent the spread of COVID-19 inmates must wear masks at all times in the detention facility. All inmates will have COVID tests each week as well as frequent temperature checks.

The York County Detention Center is committed to the safety and well-being of all inmates and staff, as well as operating a facility that is secure, accountable, fair, and effective.

Visitation for inmates vary depending on their status. The following are our current visitation hours. You can call the Prison at 803-818-5789 to confirm which day an inmate will have visitation.

How do I put money on an inmate's commissary account?

How would I mail an inmate housed at the York County Prison?

Mail items should be addressed as follows:

Who may visit inmates at the Prison?

Visitors must be listed on the inmates approved visitor list. The visitor must present a picture identification prior to being allowed in the visitation area.

What does Zero Tolerance Mean?

Zero Tolerance is the term that means that no sexual act, contact or harassment will be tolerated between any inmate with another inmate and/or facility staff as stated in South Carolina Code of Laws 44-23-1150. 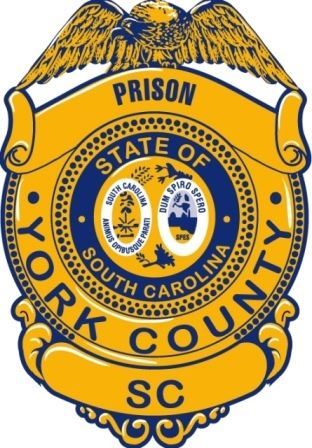